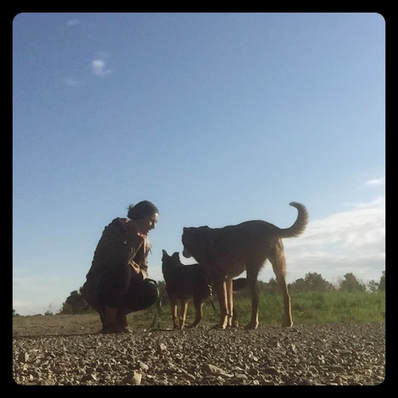 
​Drae Baker, CBCC-KA
Certified Behaviour Consultant
Owner / Operator
Drae began her journey in early 2006 when she adopted two special needs dogs with fear, reactivity and anxiety challenges. Wanting to provide them with a better life she immersed herself in learning about training and behaviour. In June 2008 she received her first certification as a professional dog trainer and began her career. Drae became the Head Trainer at a prominent Calgary dog training facility where she was able to continue learning and grow her skills as a trainer. She has studied in complex behaviour challenges, animal nutrition, and dog cognition. Believing that education is key, Drae has obtained several designations including ABCDT (Animal Behaviour College), CPDT-KSA (Certified Professional Dog Trainer - Knowledge and Skills Assessed), and CBCC-KA (Certified Behaviour Consultant Canine - Knowledge Assessed). She was one of only four in Canada to pass the first exam for the CBCC-KA certification! In 2014 Drae began a new journey and opened DOGWIT Training Inc to bring her skill and expertise to dog families across the city. While her beloved dog Slugs has passed on, she still shares her home with Diego, one of the amazing pair of dogs who started it all. 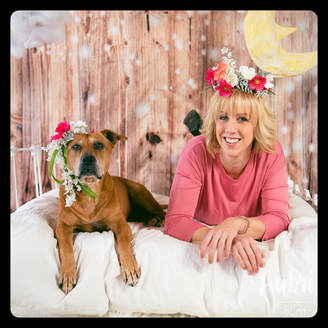 Shauna Alcock
Group Class Instructor
Shauna has always been a huge animal lover who started out with her first job at an equestrian stable when she was 13. She was raised in a cat-only home but soon found her true passion to like with all species of animals. Since then she has been employed in many other animal-related positions such as various equestrian facilities, dog kennels, and a veterinary office as well as volunteering with the BC SPCA, BC-SPCA Wild ARC, Best Friends Animal Sanctuary, AARCS, Underdogs Rescue, and the Calgary Humane Society. She graduated from the University of Victoria in 2010 with a BSc degree in Psychology, having a keen interest in learning about the science of behaviour. Shortly after, she adopted her first dog Madisyn, a spirited 5-year old American Pit Bull Terrier mix that inspired her to begin her training journey and learn as much as she could in order to help Madisyn succeed in her new world, as well as change perceived breed stereotypes. Since then they have gone on to pass their CKC CGN (Canine Good Neighbour) test, as well as obtain an RL1 designation in World Cynosport Rally. They have also taken agility classes and participated in Barn Hunt Trials with their goal being to work on Madisyn's Barn Hunt titles. Shauna also spends her free time at the gym, hiking or on road trips. She hopes to bring a huge love of learning to DOGWIT as well as a passion for the enrichment and care of dog's lives. 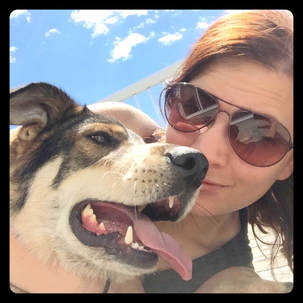 Becky Johnson, DCBC
Group Class Instructor
Becky first became interested in animal behaviour and welfare after volunteering for a local all species animal rescue called R.A.S.T.A. in 2006. She then went on to work at various health food stores for pets and learned a great deal about the importance of animal nutrition and supplements. Her most interesting job was working at a exotic veterinary clinic as a vet assistant and contributing to a study on the affect of anesthesia in African clawed frogs. She first picked up a clicker in 2012 to train her first dog Tucker a shepherd mix. His favourite trick, is a very dramatic ‘play dead’... with a quick recovery. Her second dog, Shadow a husky/heeler mix, quite enjoys the trick ‘sit pretty’. In 2013 she started her own dog walking and pet sitting business. She is currently a DCBC-apprentice with plans to graduate in January, 2019. She is always excited to assist in classes and to pursue her interest in dog training and behaviour with DOGWIT! 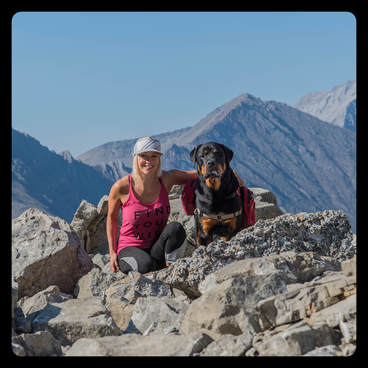 Cheryl Grant, DCBC, CPDT-KA
Substitute Group Class Instructor
Cheryl began her dog training journey 7 years ago when she brought Sloan into her life. Being a first time dog owner she quickly found out there is a lot to learn. While in training classes with him she was beginning to see how smart dogs are and wanted to learn more so continued on with various classes. Sloan developed leash reactivity at a young age which actually strengthened their relationship as Cheryl needed to understand him more. From then on she knew she wanted to help other owners and their dogs and achieved her DCBC dog training certification. Graduating with honors at the top of her class she worked at a prestige dog training and education centre as an instructor and in a puppy program. In April 2017 she started PEAK9 training Inc. working towards her CPDT and more certifications in the future.
Cheryl believes that you can never know too much and is excited to be part of Dogwit to continue learning and be able to extend that on with a great team.

You can learn more about Cheryl and Sloan at https://www.peak9training.com/ 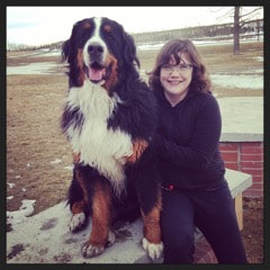 Rachel Norndon
Group Class Assistant
Growing up with a very rare heart condition, Rachel had quite a few restrictions on her life including working and going to school full time. A friend helped her earn a part time position at a dog daycare 5 years ago,  and although she had a small dog growing up and has always loved animals, Rachel never thought to find a career in the dog world. Over the next 5 years, 2 daycares, many hours in volunteer and now dog walking 5 days a week, Rachel have developed a passion for dogs. She loves learning about how THEY learn and loves watching owners get excited when their own dog has success in training. Rachel wants to get into behaviour and training because she wants everyone with a dog to have the deepest bond they can have, and if she can help in some small way with that she cannot think of a better way to spend her time. Although crossed over the rainbow bridge now, her desire for this comes from the bond that she had with her own dog, Kortez. 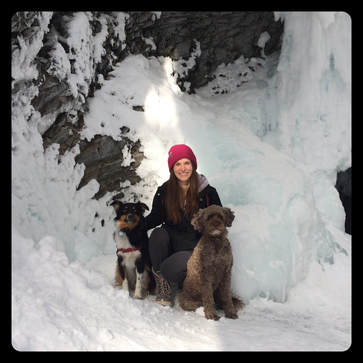 Melissa Farrion
Group Class Assistant
Melissa has been passionate about dogs her whole life.  Unable to have a dog as a young kid, she spent her time reading books about dog breeds and animals.  Despite not having her own dog her childhood memories are still full of them.  She started asking to take neighbourhood dogs for walks when she was 8 years old and did this every day for years!
Melissa got her first family dog in 2008.  He is a fearful yorkie named Aiko.  Aiko has taught her so much about fearful dogs and how they behave.  She now has her own dog, a wonderful Portuguese Water Dog named Maya and a cat named Felix.  Maya goes everywhere with Melissa and is the perfect adventure buddy!
Melissa has worked a variety of jobs with dogs including at a doggie daycare and with a rescue.  She has been working as a dog walker and sitter since 2013.  Her goal is to gain knowledge and experience in dog training that she can apply to her job and that can be use with her own current and future dogs!  Melissa is very excited and happy to work towards her goals with DOGWIT.